So this spring, not one, but two mama cats delivered litters of kittens on the property, resulting in these little guys. The first litter is about twelve weeks old, and the second litter is about eight. First the boys, all named after Lord of the Rings characters: 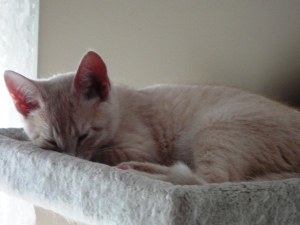 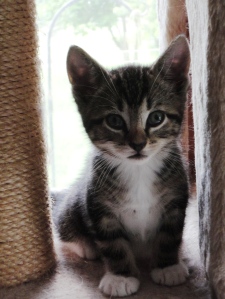 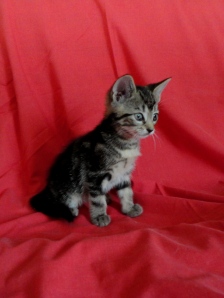 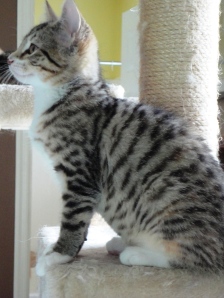 Dora (the Explorer), 12 weeks old. She’s the first to do everything. 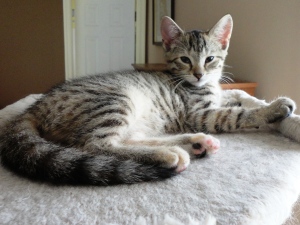 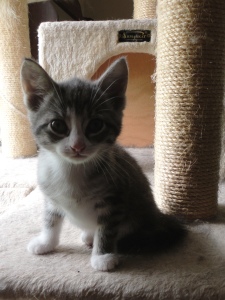 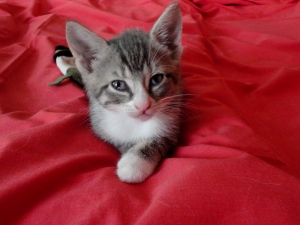 We’re lucky we took them in just in time; they were eating on their own, and were starting to wander around in not-so-safe places. Being in the country, we have lots of foxes, hawks, and owls around, not to mention people speeding on the back country roads. So we scooped them up before they could wander too far and get hurt.

They’ve all had their vet checks and are started on their shots, and both mama cats have since been trapped and spayed, too, so no more kittens from them! And Papa is next…

Now we’re simply trying to find them good, loving homes. So for anyone in the Delaware or Eastern Maryland area, they’re available for adoption through Whimsical Animal Rescue. :)